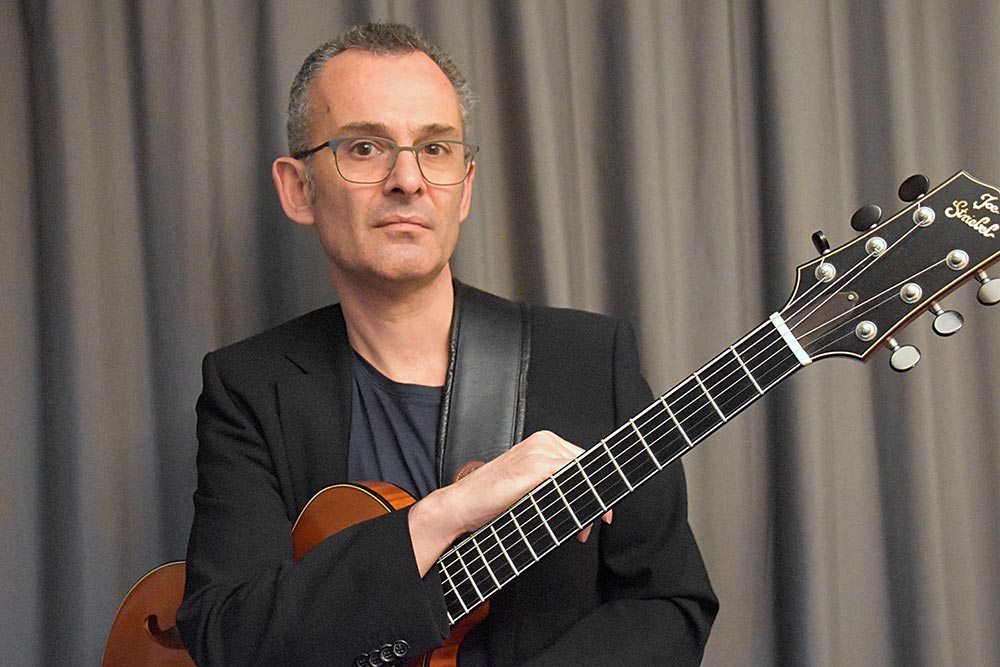 Manfred Junker was born in Leutkirch, Germany in 1969, and has been playing guitar since the age of 12. Following classical guitar lessons and early rock bands, he became increasingly drawn to jazz from the age of sixteen. A jazz duo followed with his teacher at that time, and the first concerts.

Returning to Germany, he moved to Constance and since then has been teaching at the Music School in Wil, Switzerland. His regular concert performances are mainly with his bands, but also in other formations as a sideman.
Primarily, his style and compositions are based on bop, but they have broadened considerably in recent years. Manfred Junker’s preoccupation with jazz of both the past and present, and related musical styles has clearly left their mark, making it impossible to pigeonhole him.

To this day 14 CDs (Solo, Duo, Trio and Quartet) strengthen his reputation as a band leader and composer going his own way, determined and uncompromising.